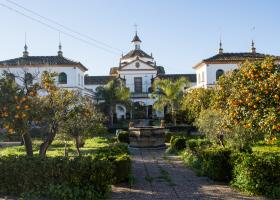 The San Fernando y Santa Elisa Nursing Home was started in 1929 following the design of the architect Vicente Traver Tomás, responsible for such important buildings as the Lope de Vega Theatre and the Columnata in the Maria Luisa Park in Seville. 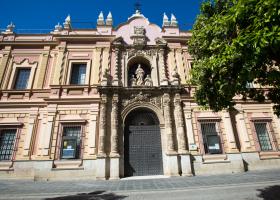 Founded as a "Museum of Paintings" in 1835, it opened in 1841 with works from confiscated convents and monasteries, occupying the former Convent of La Merced Calzada, founded by San Pedro Nolasco after the conquest of Seville in 1248. 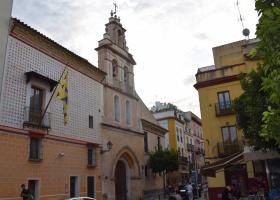 It is the only temple in Seville that preserves the remains of the three religions. Later, by privilege of King Alfonso X (1252), it became a synagogue and was consecrated as a Christian temple in 1391. 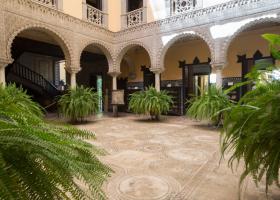 Palace of the Countess of Lebrija

It began to be built as a manor house in the 16th century. It originally belonged to the Paiba family and later to the Counts of Corbos and the Counts of Miraflores. It was in 1901 when it became the property of Regla Manjón Mergelina, the Countess of Lebrija, who carried out a restoration and fitted it out to house antiques. 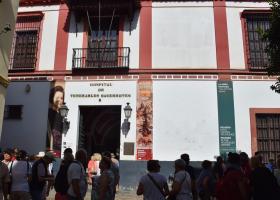 It was founded more than three centuries ago by Canon Justin de Neve to shelter and care for elderly and handicapped clergymen. 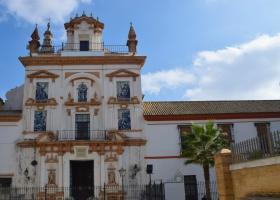 The building dates from the 17th century and is the headquarters of a charity promoted by Miguel de Mañara, a philanthropist who cared for the underprivileged. In many other hospitals, sick homeless were not admitted, so he decided to cure those patients in the Brotherhood of the Holy Charity itself and inaugurated the first infirmary of the Hospital in June 1674. 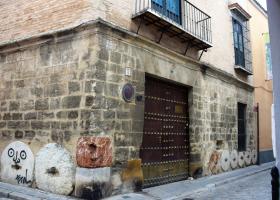 The House of Los Pinelos was built in the first third of the 16th century by the canon of the cathedral, Diego Pinelo, a descendant of rich Genoese merchants living in Seville.