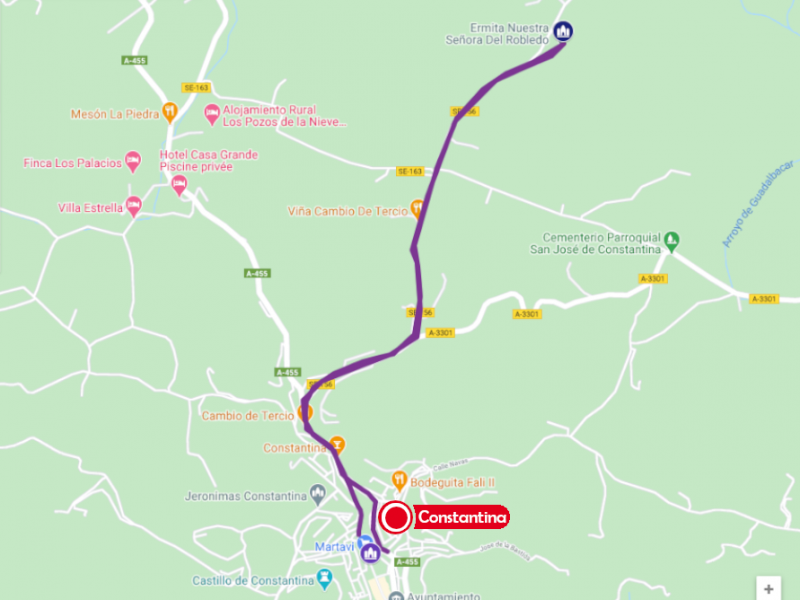 2 kilometres from the town centre stands the Chapel of Nuestra Señora del Robledo. Its earliest part is in the Mudejar style, with three naves, separated by pointed arches framed by an alfiz and a chancel covered by a hemispherical dome decorated with murals.

In the early 18th century, an alteration was made to the sanctuary, which at the end of the same century was finally transformed into the present-day chapel with typical late Sevillian Baroque style decoration.

To reach the Robledo chapel, you leave the village to the north, following the SE-156 road. This is a road with little traffic and good visibility. Continue for approximately 1.5 kilometres and then turn right. The chapel is a few metres further on, on a gentle slope.

This is a linear route, so the return trip is the same, although this time you will be on a gentle descent making it more pleasant.

The comments are moderated, so it takes a while to appear. If they contain offensive language they will not be published.
Localidades
Constantina
Rutas de esta etapa
Chapel Trail: Constantina - Cazalla de la Sierra