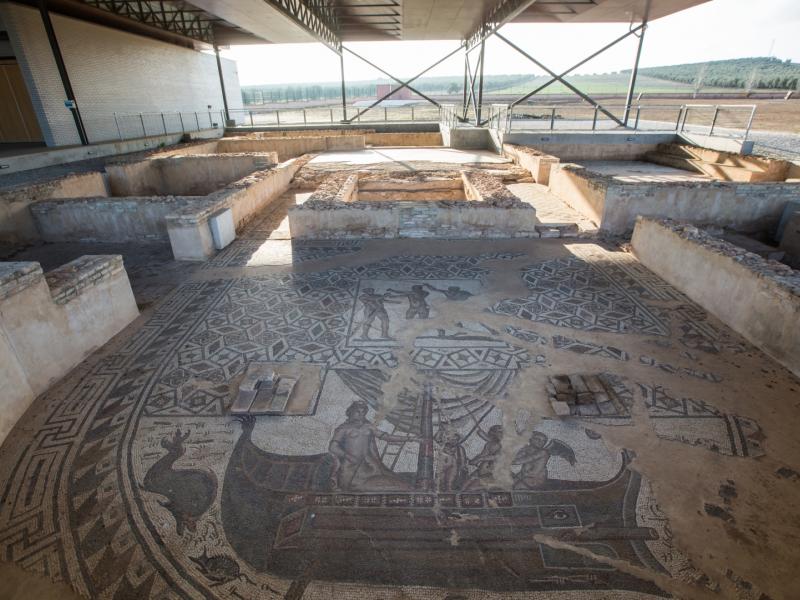 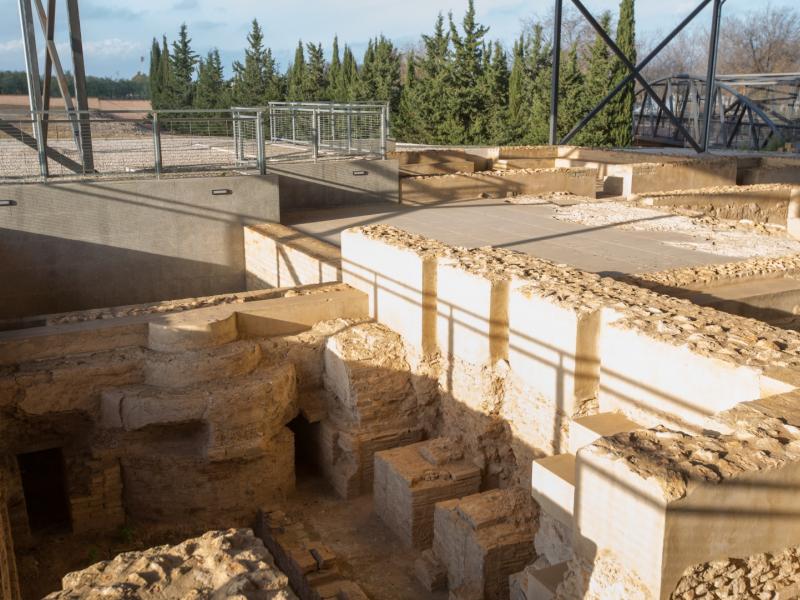 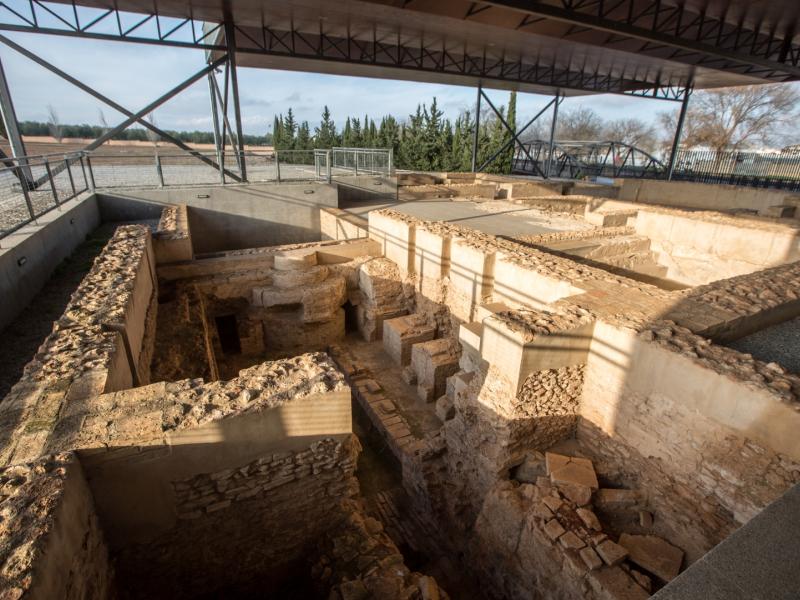 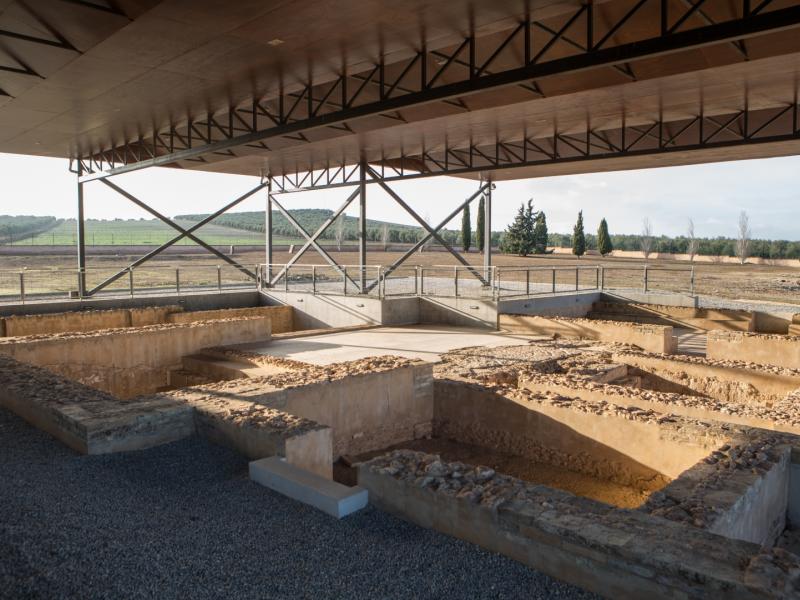 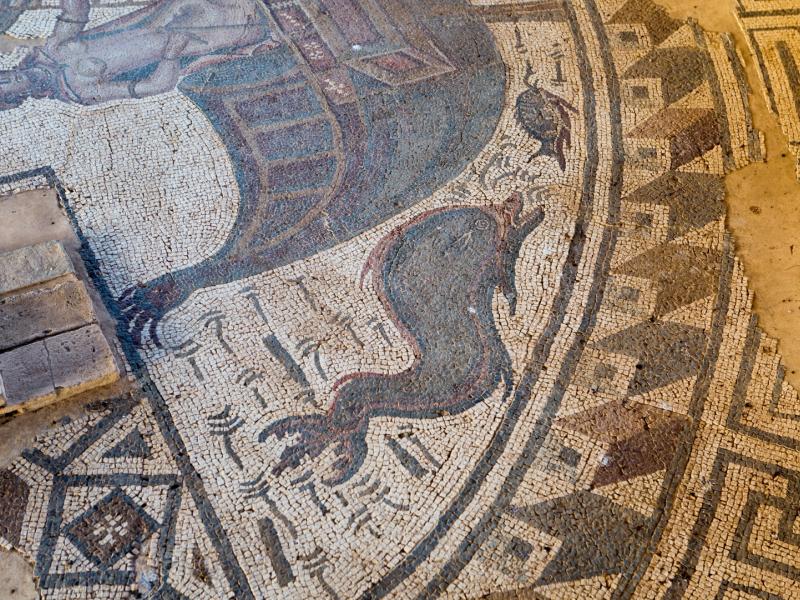 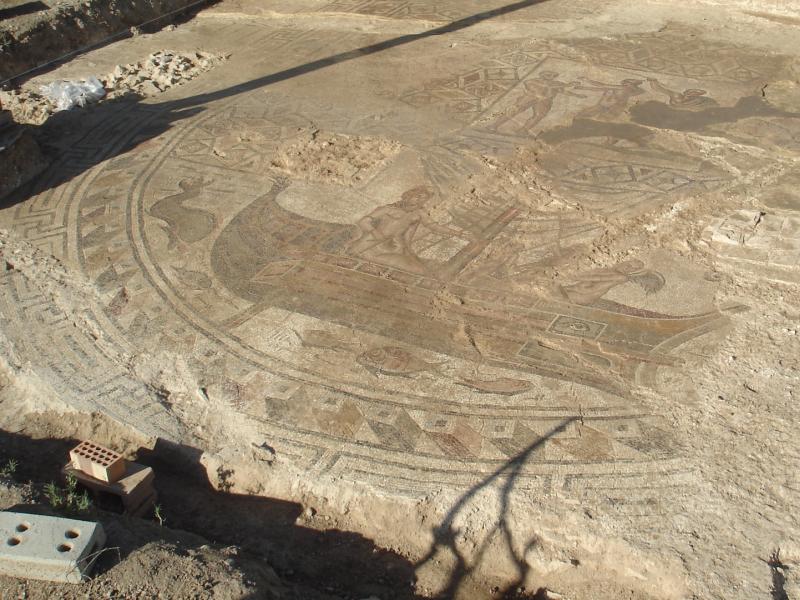 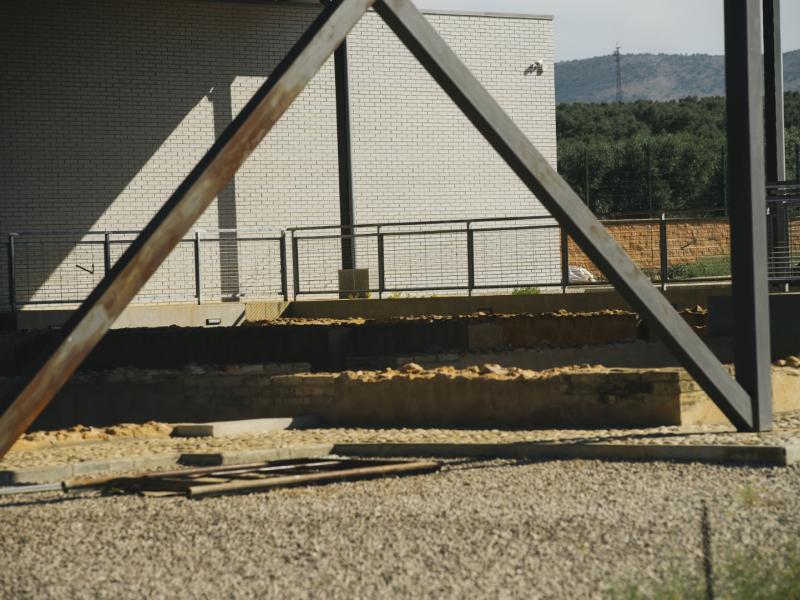 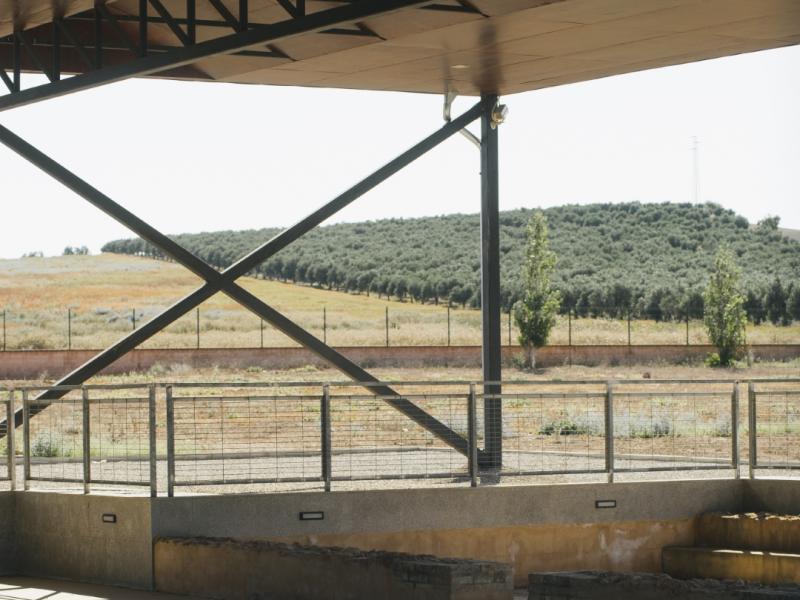 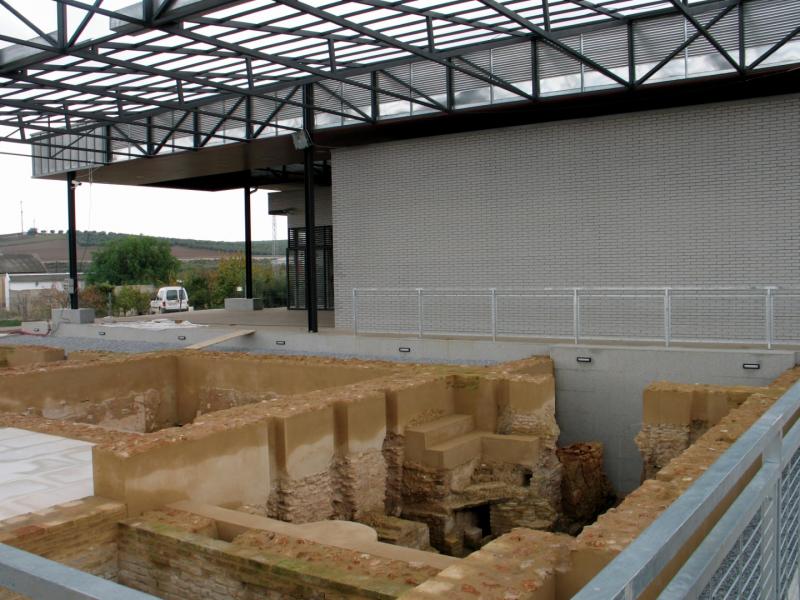 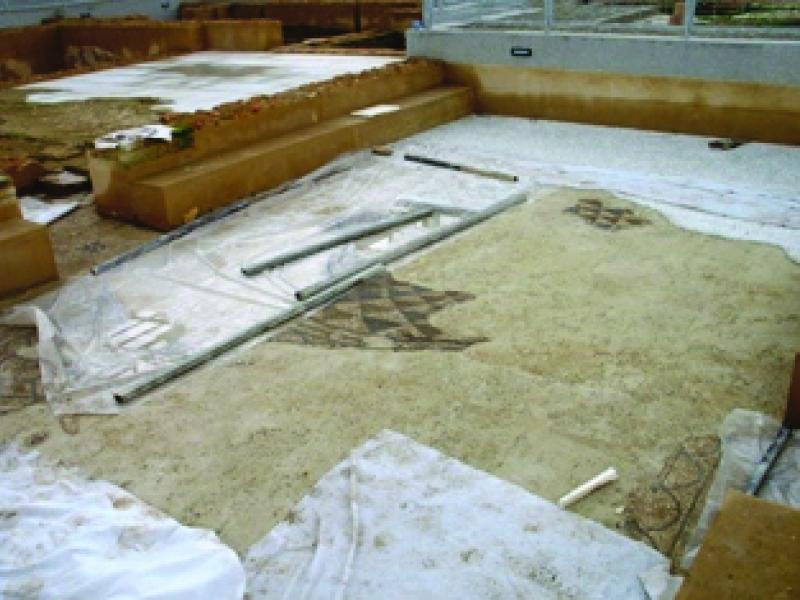 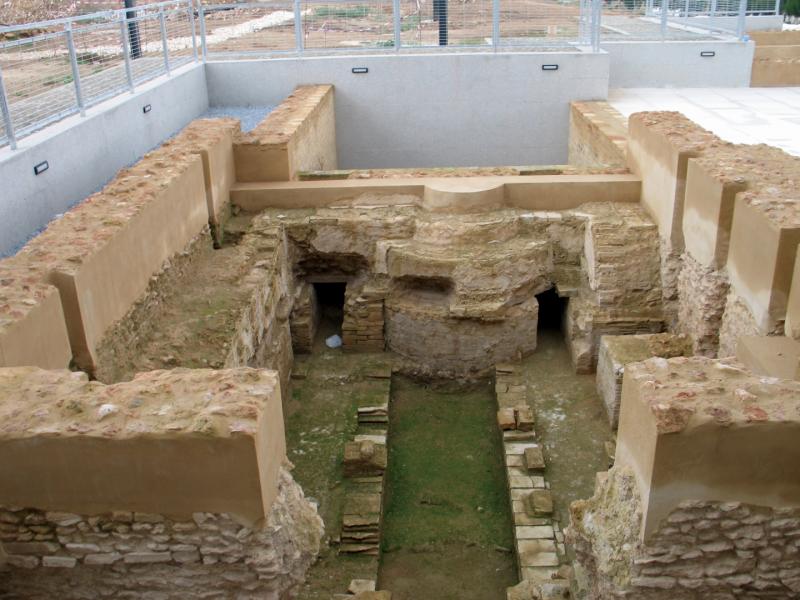 The Herrera Thermal Complex was declared a Site of Cultural Interest, under the category of Archaeological Zone, in 2007.

The primary reason for the existence of this site is the position of the municipality close to the main communication routes in the region, as well as its location in an area of great agricultural wealth on a plain in the basin of the River Genil.

The first archaeological excavations led to the idea that the remains found belonged to a Roman villa, but later it was concluded that it was in fact a large public thermal complex. It is considered one of the few to be found in the province of Seville, its nearest equivalents being in Italica, Munigua and Cordoba.

These thermal baths are characterised by the use of luxury elements such as marble, especially in the rooms used for bathing, this material being found both in the floors and stairs, as well as in the walls of the pools. Besides the marbles, there are numerous fragments of wall paintings, which stand out for their quality and great chromatic diversity.

Another example of the richness of this complex is the presence of a number of mosaics dating from the third century AD. There is a predominance of geometrical and vegetal motifs in these mosaics, although some figurative motifs also appear. Remains of columns belonging to the building have also been found.

The most striking example is the "Pugilator" mosaic, whose central theme is figurative, depicting two wrestlers along with a third character and made with materials such as limestone, jasper and quartz, with a great variety of colors. In addition to this mosaic, there are others of very high quality with geometric and plant motifs. 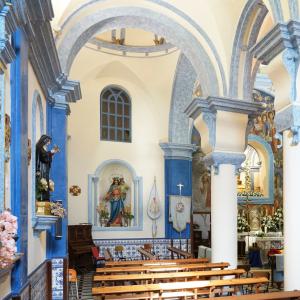 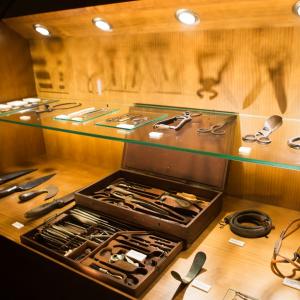 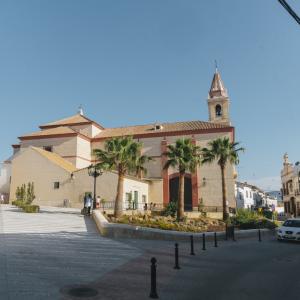 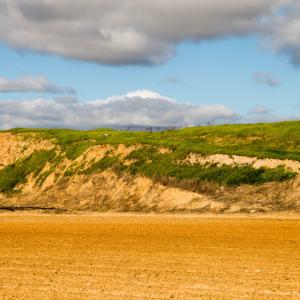 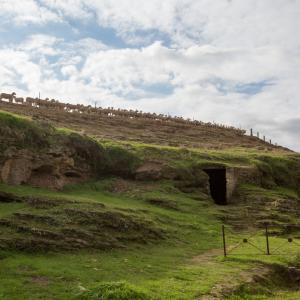 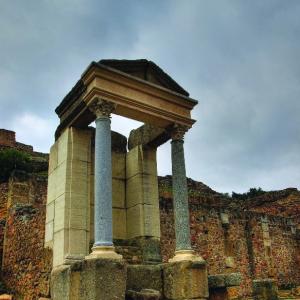 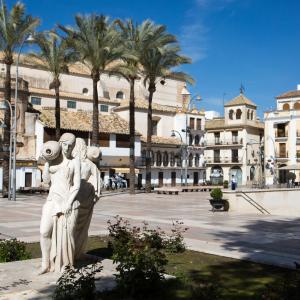 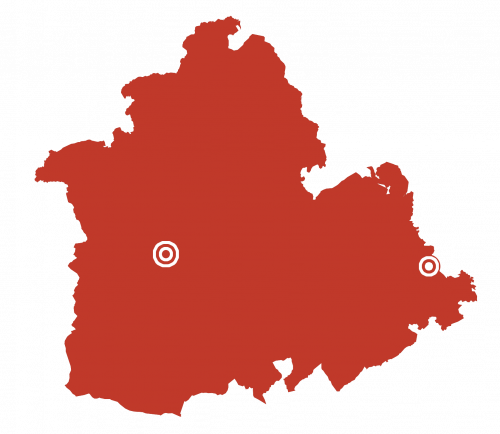