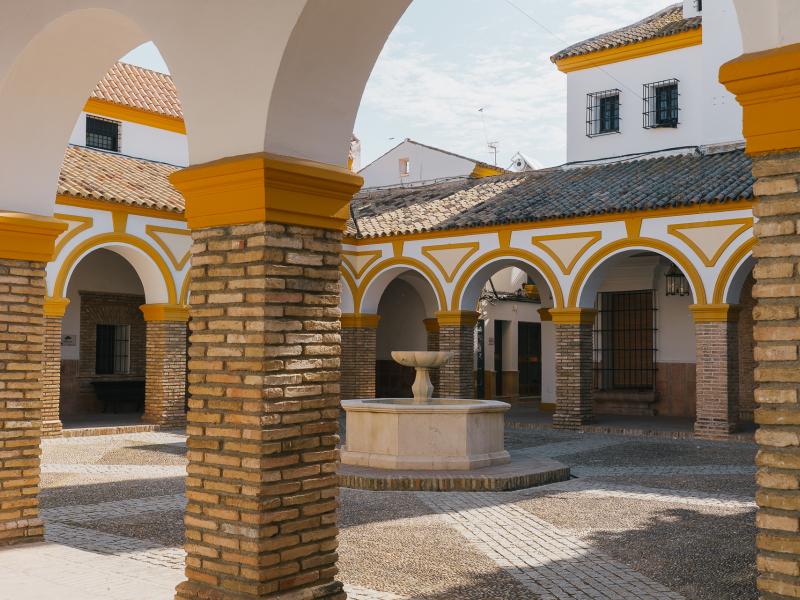 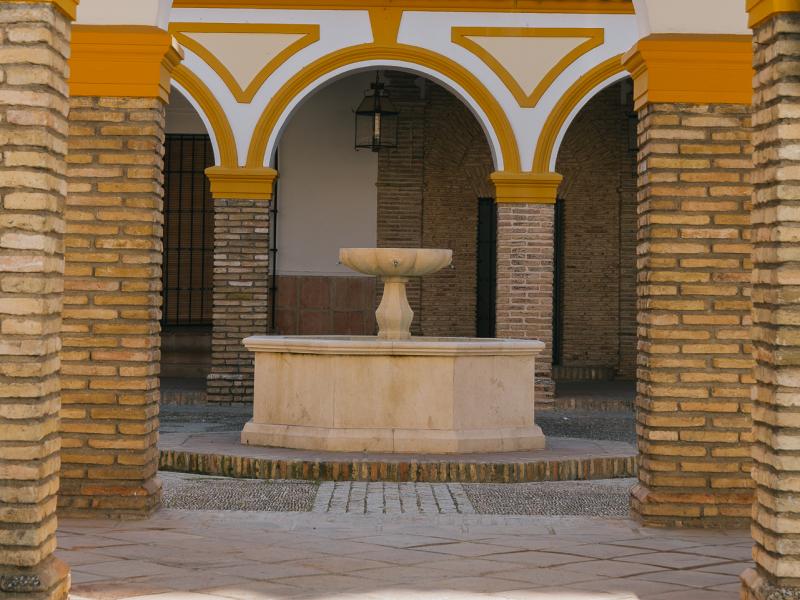 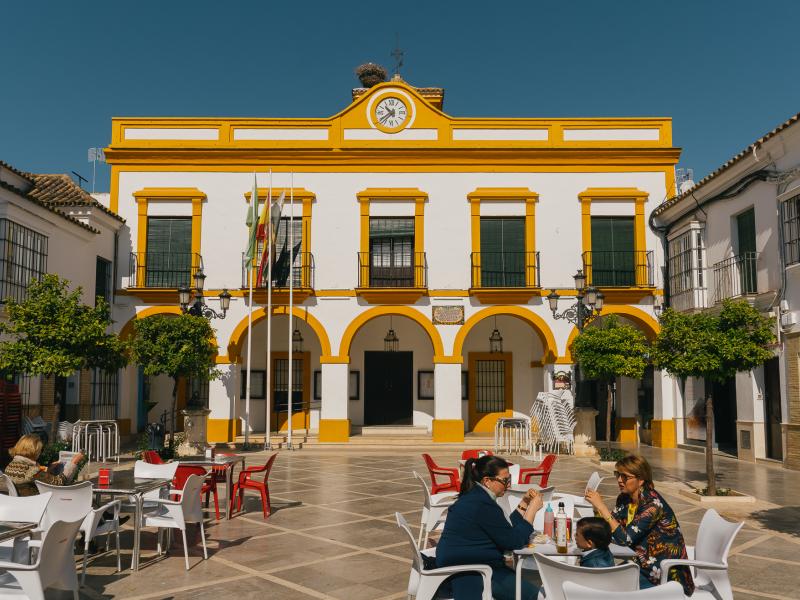 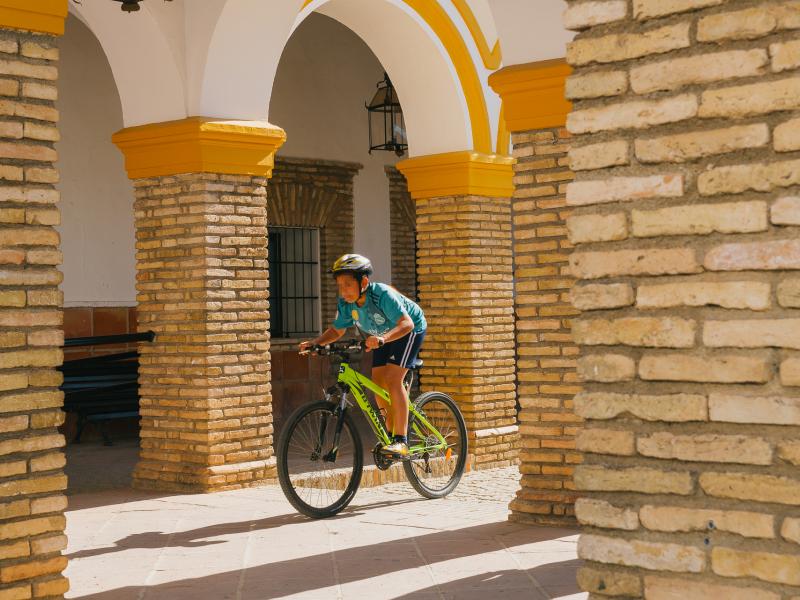 This area was renovated in the 1980s. It was transformed into a public square under the design and direction of Francisco Moreno Galván. It consists of a collonaded courtyard reminiscent of the cloister arcades of a convent. There is a modest fountain in the centre, and a cypress in a corner, reminiscent of the one about which Gerardo Diego wrote and sang.

This area was initially occupied by the old town’s market place. On one side is a plaque paying tribute to Blas Infante. The street lights in the galleries were designed by Francisco Moreno Galván, who dedicated his life to ironwork. There is door in the eastern gallery that gives access to the municipal buildings. Next to it is the coat of arms of the Duke of Osuna in the defunct granary. The Duke of Osuna’s granary stored the cereals contributed by the residents as a tithe.

The west façade is a solemn, neoclassical-style structure with wide arches. The layout of the Square and the decoration of the central and end arches are reminiscent of the Puerta de Alcalá in Madrid built by the architect Sabatini. The Town Hall is behind this Square. 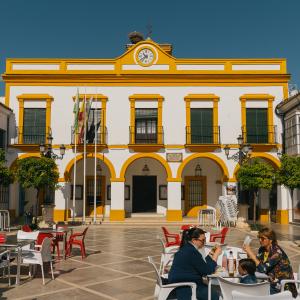 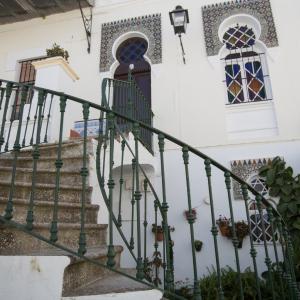 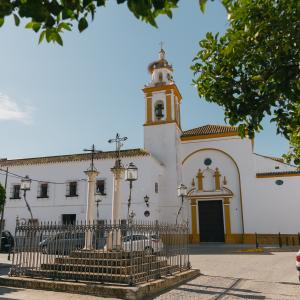 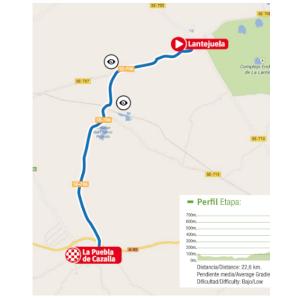 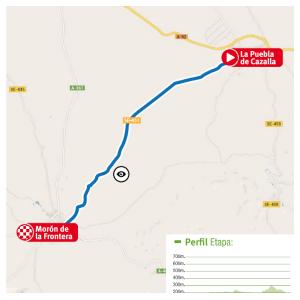 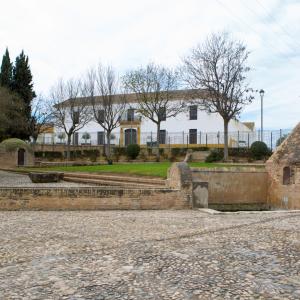 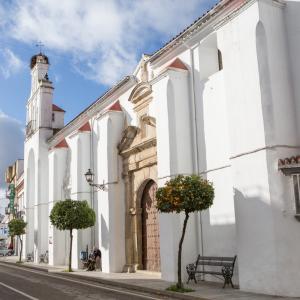 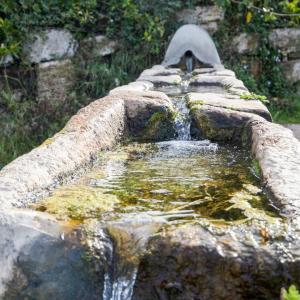 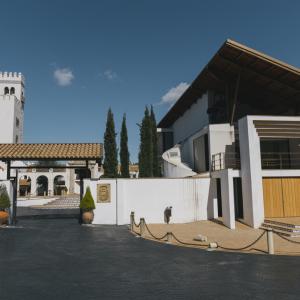 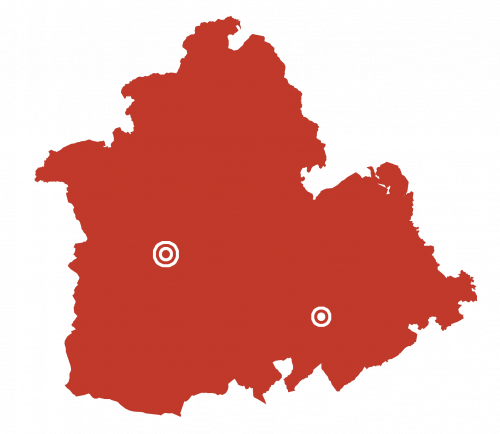