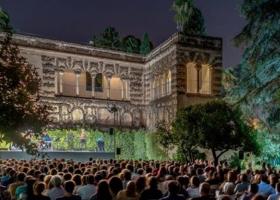 The Real Alcázar of Seville is a group of palatial buildings located in the city of Seville, the construction of which began in the High Middle Ages, where multiple styles are superimposed, from the Islamic art of its first inhabitants, the Mudejar and Gothic of the period after the conquest of the city by the Castilian troops to the Renaissance and Baroque of later reforms. 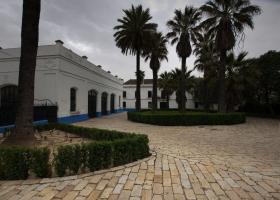 The Palace of the Princes of Orleans and Bourbon, located in the centre of Villamanrique de la Condesa, was built in the 16th century over an old mill house.

The Palace was renovated in the 19th century as a traditional Andalusian rural house with decorations with French influences due to the participation of French architects.
The Palace is divided into three large areas: 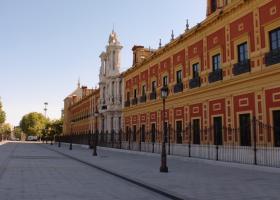 The Palace of San Telmo was built in 1682 to house the Seminary College of the University of Mareantes. In 1849 it became the residence of the Dukes of Montpensier, who completed the north tower and built the entrance to the hallway, the east wing and the ballroom. 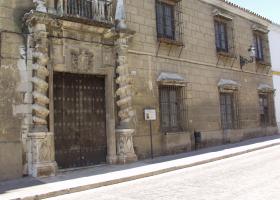 This 18th-century stately, civil building was once the seat of Osuna’s courthouse. As the inscription on the portal shows, it was built in 1738. 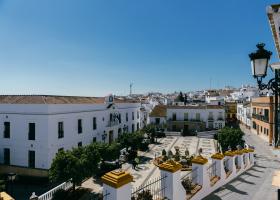 Palace of the Count of Castellar

The Palace of the Counts of Castellar, which holds the Town Hall, was built between the 15th and 16th centuries. However, it was reduced to rubble in 1977. 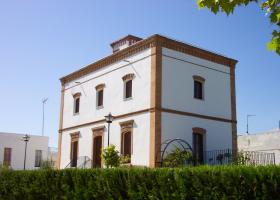 The house was built by an Italian merchant in the late 19th century. 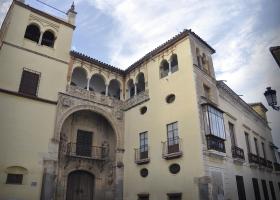 The Count of Valhermoso Palace is the most outstanding example of Ecija’s Renaissance palaces. The Marquises of Fuentes and Villaseca commissioned its construction in the 16th century in Renaissance style. It likely dates from around 1530. It boasts the best Plateresque-style entrance in Ecija, which consists of an impressive semi-circular arch.