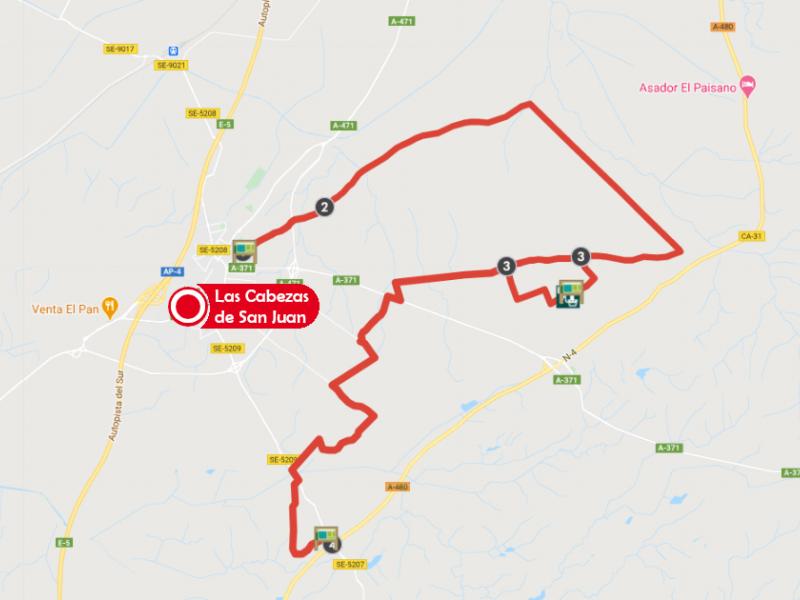 The IE-010 links the town of Las Cabezas de San Juan with the Complejo Endorreico Lebrija-Las Cabezas Nature Reserve, a beautiful natural settlement that is home to different species of endangered birds, such as the horned coot and the white-headed duck.

It runs through the lands of the Lower Guadalquivir, a landscape dominated by farmland, marshes and vineyards. Since ancient times, its territory has been an area of passage and settlement for numerous cultures. On the other hand, the region is known for being one of the main cradles of Spanish horses, as these animals have historically been linked to agricultural work and to the festivities and traditions of the territory. These studs have a great international prestige.

Continue along the path until we reach a junction, where we take the signposted path to the southeast and, a few kilometres further on, follow the instructions on the signpost that tells us to turn west towards the Vega path. In the first segment of this path, tourists can take an alternative 2.8 km long path that leads to the Hacienda San Rafael.

We return to the Vega path and face the final stretch of the route. The first part offers a small zigzagging area that ends at the height of Cepija, where we cross the Salado stream. From here, we ride south to the Cortijo Los Naranjos de San Juan. We border it and reach the destination of our journey: the Laguna del Bujadillo or Charroao, a paradise for birds.

The comments are moderated, so it takes a while to appear. If they contain offensive language they will not be published.
Towns
Las Cabezas de San Juan