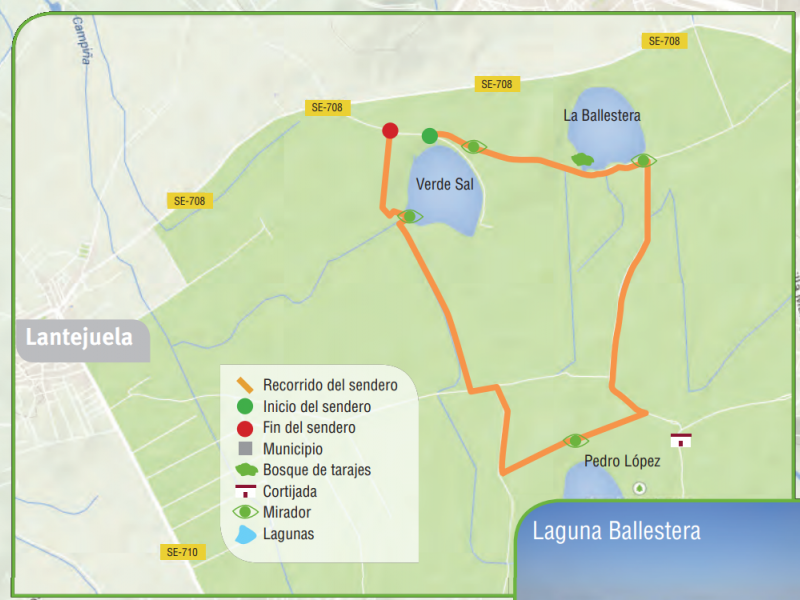 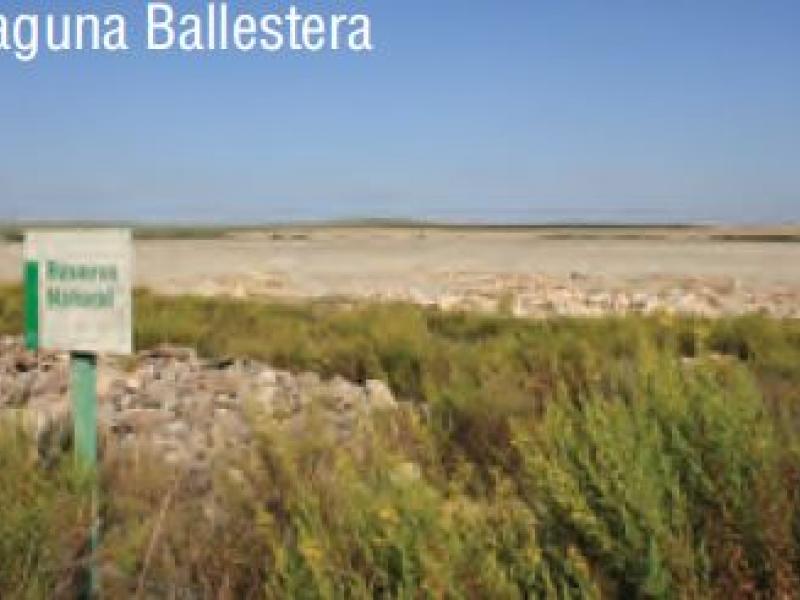 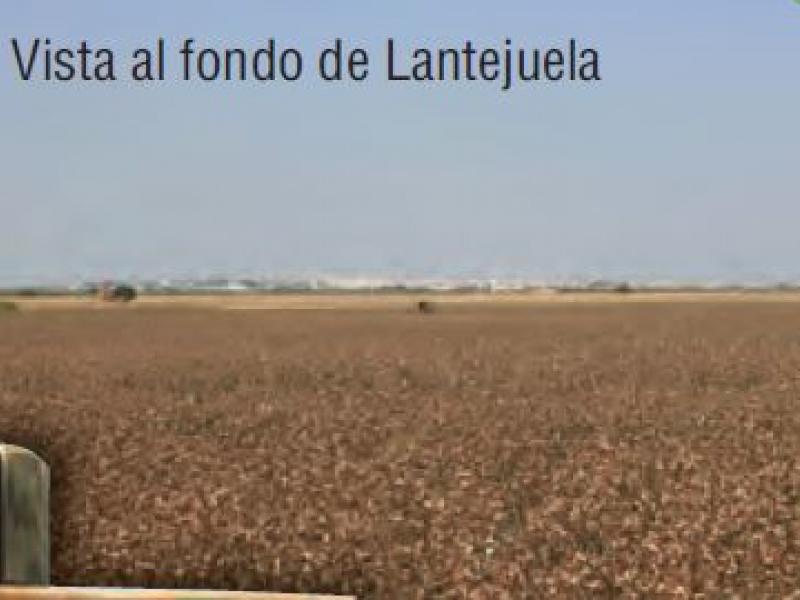 This route has two main attractions: its ornithological interest and the pleasure of taking a walk across open fields.

About 3 km after leaving the municipality of Lantejuela in the direction of El Rubio, there is a dirt path to the right, signalled as a drover’s road. The route takes this path up to the crossroads with a nearby farm, just close to the Verde Sal (literally, green salt) lagoon. The route continues down a low hill covered in olive trees to find the Ballestera lagoon, which lies across a small wood of African tamarisk.

The entire lake is surrounded by reed, reedmace, and African tamarisk. The water surface is home to many Anatidae species such as mallard, Eurasian teal or Eurasian wigeon It is also easy to find small flocks of flamingos feeding on the lake’s banks, as well as a good-sized populations of shorebirds such a as redshank, common sandpiper or black-tailed godwits.

The route leaves the lagoon that branches off perpendicularly and signalled as SL-A 158, which shows the way to the Laguna de Pedro López lagoon. After approximately 2 km, at a cortijo (farm), the road turns right again and leads up a cypress-dotted low hill. This site can be used as a vantage point to see the Pedro López lagoon to the left and to read the interpretation panel about the origins and history of this lagoon ensemble located in the municipalities of Lantejuela, Écija and Osuna.

The route continues down the hill and takes the road to the left. After 300 m, it turns right on the next deviation or the right and runs parallel to a narrow irrigation channel. This road leads directly to the Verde Sal lagoon, rather shallow and frequently dry, and it is not too hard to spot certain certain steppe birds such as  stone-curlew and Mediterranean short-toed lark. The route circles the lagoon crossing a grove of young olive trees until reaching the drover’s road where the car park is.

Circular. Starts and ends by the Ballestera lagoon, on the road from Lantejuela to El Rubio. The route has some signalling. The entire route is made on compacted earth paths.

The comments are moderated, so it takes a while to appear. If they contain offensive language they will not be published.
Towns
Lantejuela