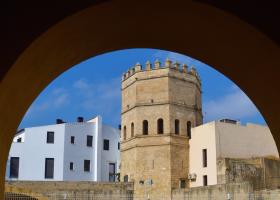 The Tower of Silver, with an octagonal floor plan, was built in the 13th century by the Almohads and was part of the walls that surrounded the town. It was the end of the walled enclosure and was annexed by a wall to the Tower of Gold. 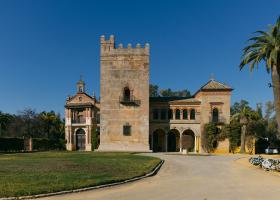 The 14th-century Monclova Castle was built over the city of Obulcula. It has belonged to the House of the Dukes of the Infantado since 1837. It is the last remaining embodiment of a secular town centre as defined in the prehistoric, Turdetan and Roman periods, which was not so much a town as a rural hamlet, particularly during the Muslim domination. 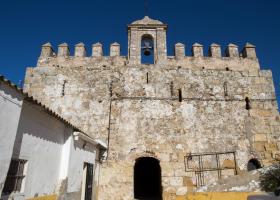 The Troya Tower is located atop a hill east of El Palmar de Troya. It has unobstructed views of Palmar de Troya to the west; Salado Stream and the hill on which Ventosilla Tower is situated to the north, and the Águila Tower to the east. 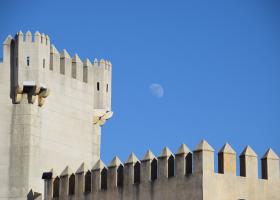 The Los Molares Castle is the main monument of this Sevillian town. King Fernando IV granted the property of Los Molares to Lope Gutiérrez de Toledo between 1310 and 1336. This property was a small expanse of land on which a fortress would be built. It is likely that there already was a tower from an earlier period.