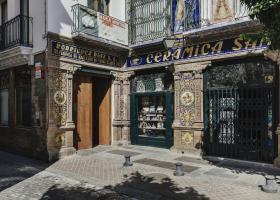 The Ceramics Centre of Triana (CCT) is the materialisation of a municipal project designed to preserve the memory of one of the last ceramic factories that in operation in Seville until very recently. 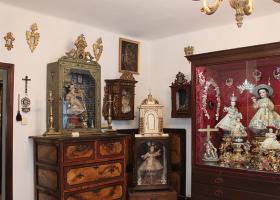 The purpose of the Carmen Coronada Library Marian Museum of the Convent of Santo Ángel in Seville is to showcase the great Conventual Library, which contains around 8,000 books from the 16th century to the present day. It is one of the hidden jewels of the town of Seville and was inaugurated in 2016. 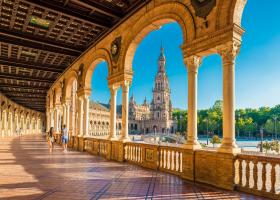 The Plaza de España, of about 50,000 square metres, is located at the north-east end of the Maria Luisa Park. It was built by the architect Aníbal González between 1914 and 1929 on the occasion of the 1929 Ibero-American Exhibition. Today it is one of the most emblematic places in Seville and one of the greatest exponents of regionalist architecture. 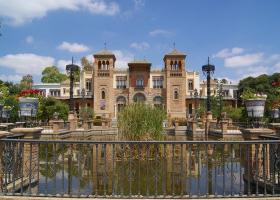 The Plaza América is in the María Luisa Park and was designed and directed by the architect Aníbal González y Álvarez-Osorio (1876-1929). It was opened in 1916 and is surrounded by an oval road for traffic and by the Palace of Ancient Art (now the Museum of Popular Arts and Customs), the Royal Pavilion and the Palace of Fine Arts (now the Archaeological Museum). 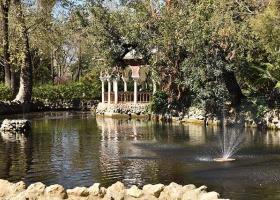 The Maria Luisa Park is formed in part by the gardens of the San Telmo Palace, donated in 1893 to the town of Seville by the Infanta Maria Luisa (Duchess of Montpensier) which were incorporated into the urban heritage in 1911. In 1893 the Queen's Sewing Box and a metal structure greenhouse were built. 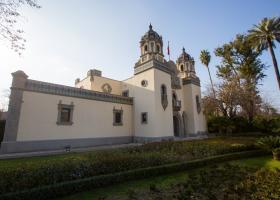 Pavilions of the 1929 Ibero-American Exhibition

The Ibero-American Exhibition took place in the Spanish city of Seville. It opened on 9 May 1929 and closed on 21 June 1930. It was held to showcase the twinning between Spain, Latin America, the United States, Portugal and Brazil.

The exhibition coincided with the 1929 Barcelona International Exhibition. Both were considered the General Spanish Exhibition 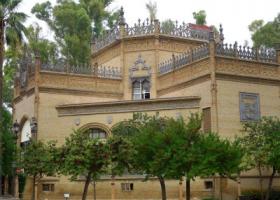 The Royal Pavilion is a building in the Plaza de América, south of the María Luisa Park in Seville. It was built in 1916 to be used as an exhibition centre for the 1929 Ibero-American Exhibition.