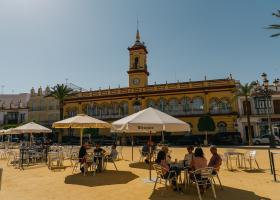 This 16th-century building was renovated in the 19th and 20th centuries. The overall layout and several architectural elements such as capitals, columns and arches are reminiscent of town hall buildings from the Andalusian Renaissance and Baroque periods. 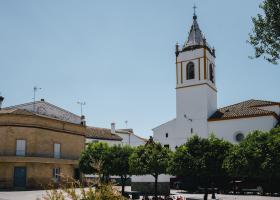 The Church of San Antonio Abad in Pruna is a splendid baroque building, whose structure (prior to the 16th century) consisting of a single barrel vault, in an undefined style, with a façade at the back (under the choir), was completed in the 17th and 18th centuries. To this nave, the two side naves, the chancel and the magnificent dome of the transept were added.