Convent of the Incarnation 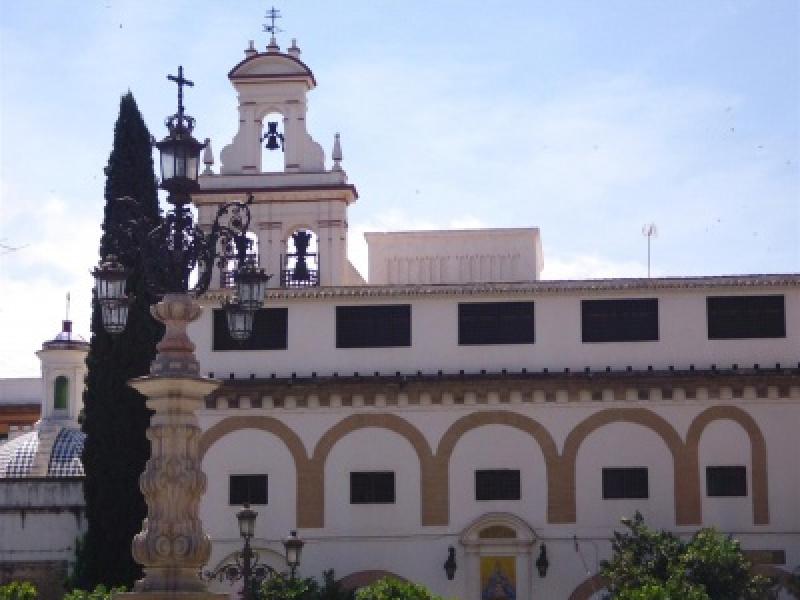 The Convent of the Incarnation of Seville is located right in the centre of the town, in front of the Cathedral and the Archbishop's Palace, in the Santa Cruz district. It is popularly known as the Convent of Santa Marta, as it is located on the grounds of the former Hospital de Santa Marta.

Convent belongs to the Order of Augustinian Hermits, an order founded in 1244. In the beginning, they were established in the Plaza de la Encarnación and later moved to their current location in the Plaza de la Virgen de los Reyes.

The church consists of a single nave covered with ribbed vaults supported by four corbels. The presbytery has a square floor plan and is covered with a dome that coincides with an old Muslim chapel.

In the 19th century, other parts of the convent were added due to the arrival of the Augustinian community. In fact, a high and low choir was added, the door was opened in the Plaza de la Virgen de los Reyes, a lantern was built in the dome, as well as the current belfry.

In the convent, some altarpieces and altars dedicated to various saints can be found. The main altarpiece, in neoclassical style like the other altarpieces inside, is presided over by a sculptural group of "The Annunciation".

The enclosure area looks different from the usual monastic solutions due to the presence of the surrounding buildings. The nuns' residence is located in the main cloister in a rectangular shape recently built in 1971.

There is an area with an orchard and garden and the community work rooms are located therein. A tower that belonged to the Muslim defensive walls is also preserved in this area.

It was founded in the Plaza de la Encarnación in 1591 by testamentary order of Don Juan de la Barrera, although this building was demolished during the French occupation in 1811 and the nuns had to take refuge in the convent of the Third Franciscans, in Sol street. A few years later, Bishop Cienfuegos gave some houses in front of the cathedral on the grounds of the old Santa Marta Hospital. In 1819 the new history of the convent began. 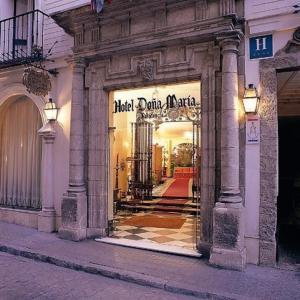 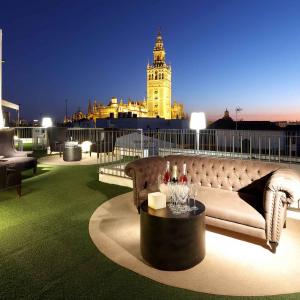 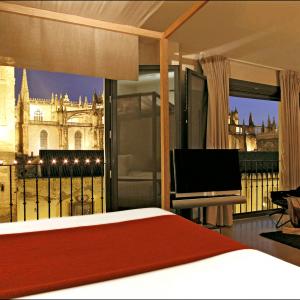 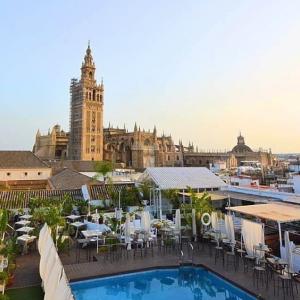 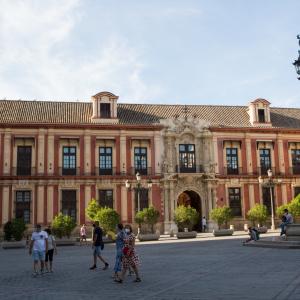 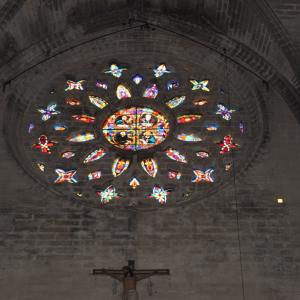 390
0
Stained glass windows of the Cathedral of Seville
Seville 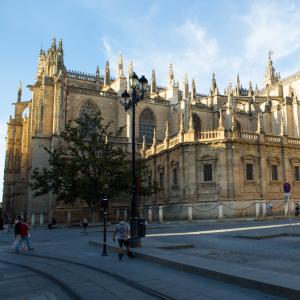 855
4
The Cathedral and the Giralda
Seville 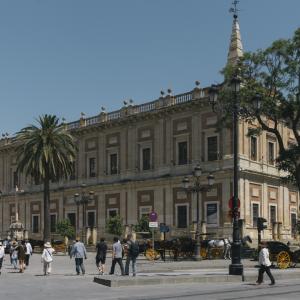 565
0
Archive of the Indies
Seville 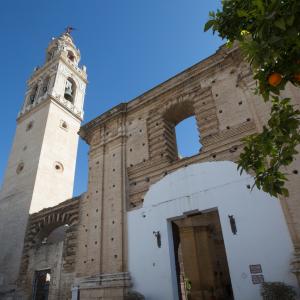 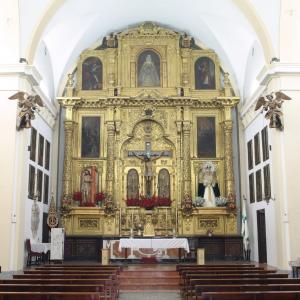 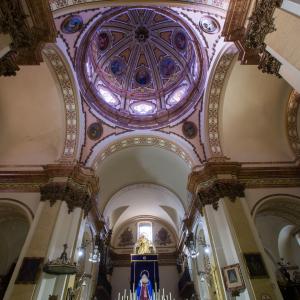